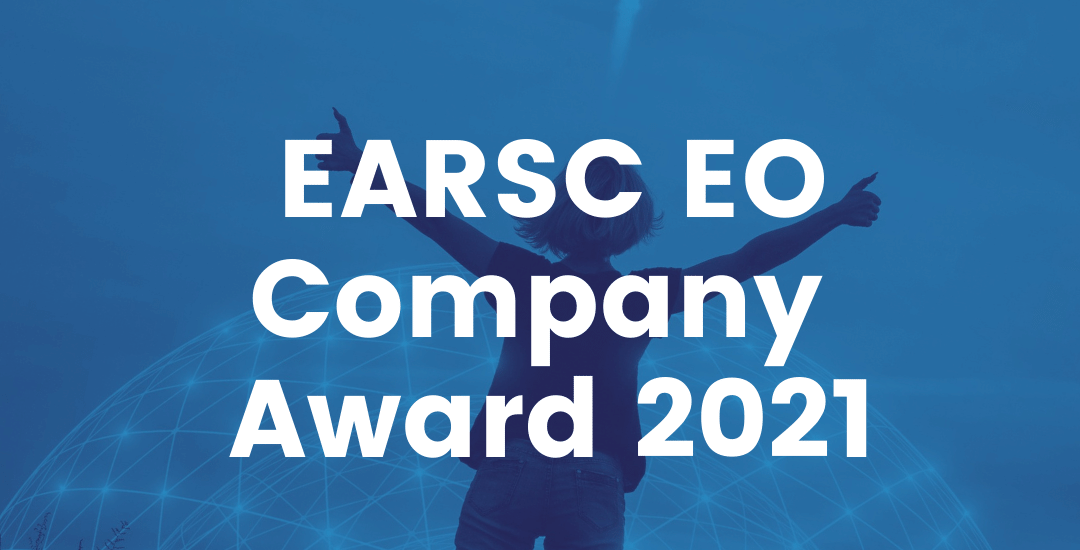 Following the great success of previous years, EARSC is pleased to announce the 2021 European EO Services Company Award. The name of the winner will be revealed at the EARSC General Assembly in June The candidates will be judged against the following criteria: Has successfully developed EO services for a target market (sector or geographic) Has made a strong contribution to a defining European programme (eg. Copernicus, Inspire, ESA projects, etc) Has exhibited good revenue and/or employment growth.
More information on this award

We are pleased to announce the 2021 European EO Start Up Award. EARSC Secretariat is rewarding a start-up that is less than 5 years old, show growth in revenues and/or personnel growth and finally good and coherent promotion of the company and its products.

More information on this award 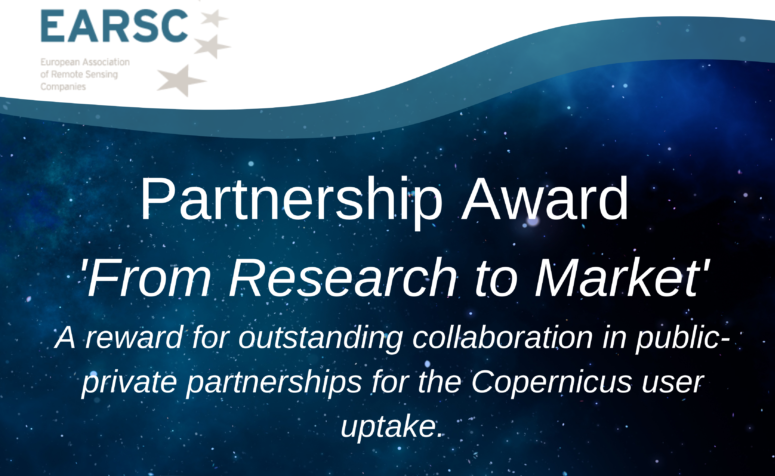 EARSC is running the “partnership” competition recognising and rewarding outstanding collaboration in public-private partnerships for the Copernicus user-uptake. Specifically, Copernicus networks organizations and Companies (in partnership) will be encouraged to submit a proposal for cooperation or present an already established collaboration achievement “from Research to Market”. The winner partnership will be recognized and promoted by EARSC in their network.

More information on this award 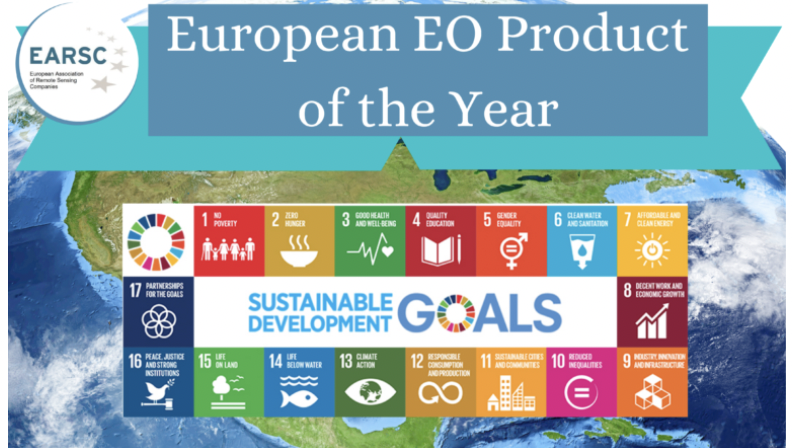 EARSC EO product award for 2021 will recognise a product which will support overall sustainable development projects or the implementation of the SDGs at national, regional and/or local levels, with EO services helping on the monitoring and reporting against the goals, targets or the global indicator framework.

More information on this award
If you have any questions do not hesitate to contact us via email: info@earsc.org

Subscribe to our bimonthly newsletter, and get the latest news and publications from Finance ClimAct.